What are spy cell phones? Wide Info  What are the different uses of these phones and tracking devices?

Imagine a cell phone secretly watching your behavior. Think of your mobile phone eyeing your actions and recording them in its memory. Sounds impossible? I am afraid it isn’t. In fact, cell phones can track user behavior and record conversations and text messages exchanged through them. 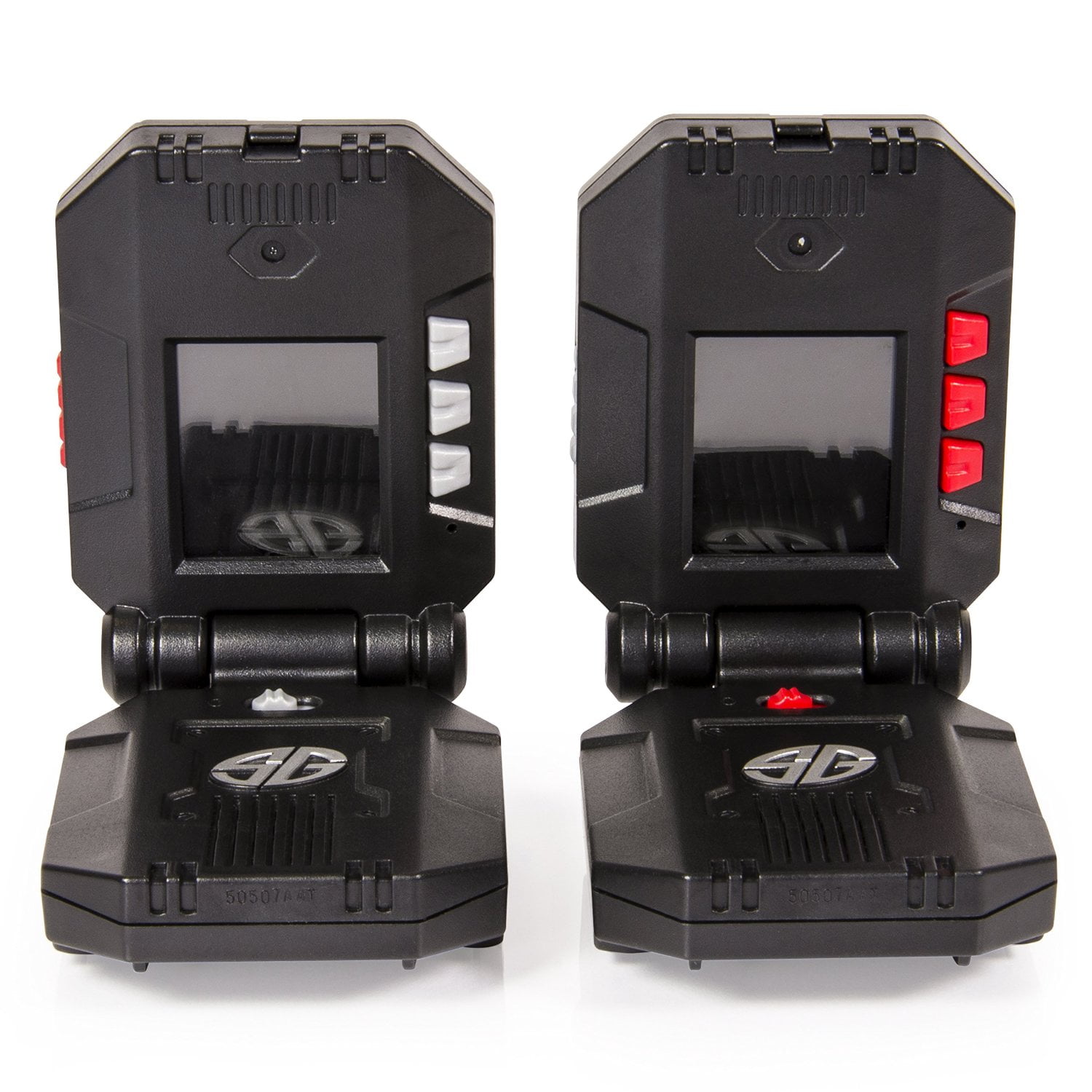 A spy phone is a mobile phone or a spy device that allows a user to monitor and hear or record conversations and other activities taking place over the phone. Spy phones can function in different ways. They can be used as listening devices whereby secretive conversations can be tracked. Secret agencies popularly use them to track criminal activities that are carried out over cellular networks. They can be used for tracking periodic calls and recording the frequency of calls from certain suspicious numbers. Spy phones can be used for monitoring business and household activities while the cell phone user is away.

Previously, simple wiretapping techniques were used to spy on telephonic conversations. Secret agencies and security authorities commonly used phone tapping as a tool to track the suspects’ behavior. It would enable the security officials to listen to the telephonic conversations taking place over phones they tapped. However, with the advancements in technology, spying became easier.

Today, installable software can be used to record cell phone calls and messages. Also, there are cell phone spying systems, wherein a spy is automatically alerted when the cell phone user dials a certain number. Certain software applications can be loaded onto cell phones and be used for maintaining call logs, recording text messages, and monitoring Internet activity over the mobile phone. Some of these applications also let users call the target cell phone number from a preset number and track the target user’s activities. ‘Phone Dead’ is a relatively recent technology that enables a cell phone to be used as a spy phone even when switched off. In this case, the spy cell phone is configured to function in a ghost mode, whereby it silently answers the calls it receives.

With the implementation of modern spying techniques, cell phones can be converted into call and text message interceptors or GSM trackers, thus making them function as spy cell phones. Besides tracking messages and conversations, spy cell phones can alert third-party users of the target phone’s outgoing calls. Spy phones can also be used to track the target user’s location using GPS technologies. They can be programmed to record audio or video for a predetermined period of time.

Spy cell phones give rise to legal as well as ethical concerns. Their positive side is that parents can use them to monitor the behavior of their children. Also, they can be used by business officials to track workplace activity. The most important application of spy cell phones is in tracking criminal activities. But there is another side to this, and it is not positive. Yes, spy cell phone software is easily available. Cell phones are easily convertible to spy phones. Their ready availability makes them subject to illegitimate use. Malicious cell phone users can gain unauthorized access to other users’ mobile phones and dampen cellular networks’ overall security. 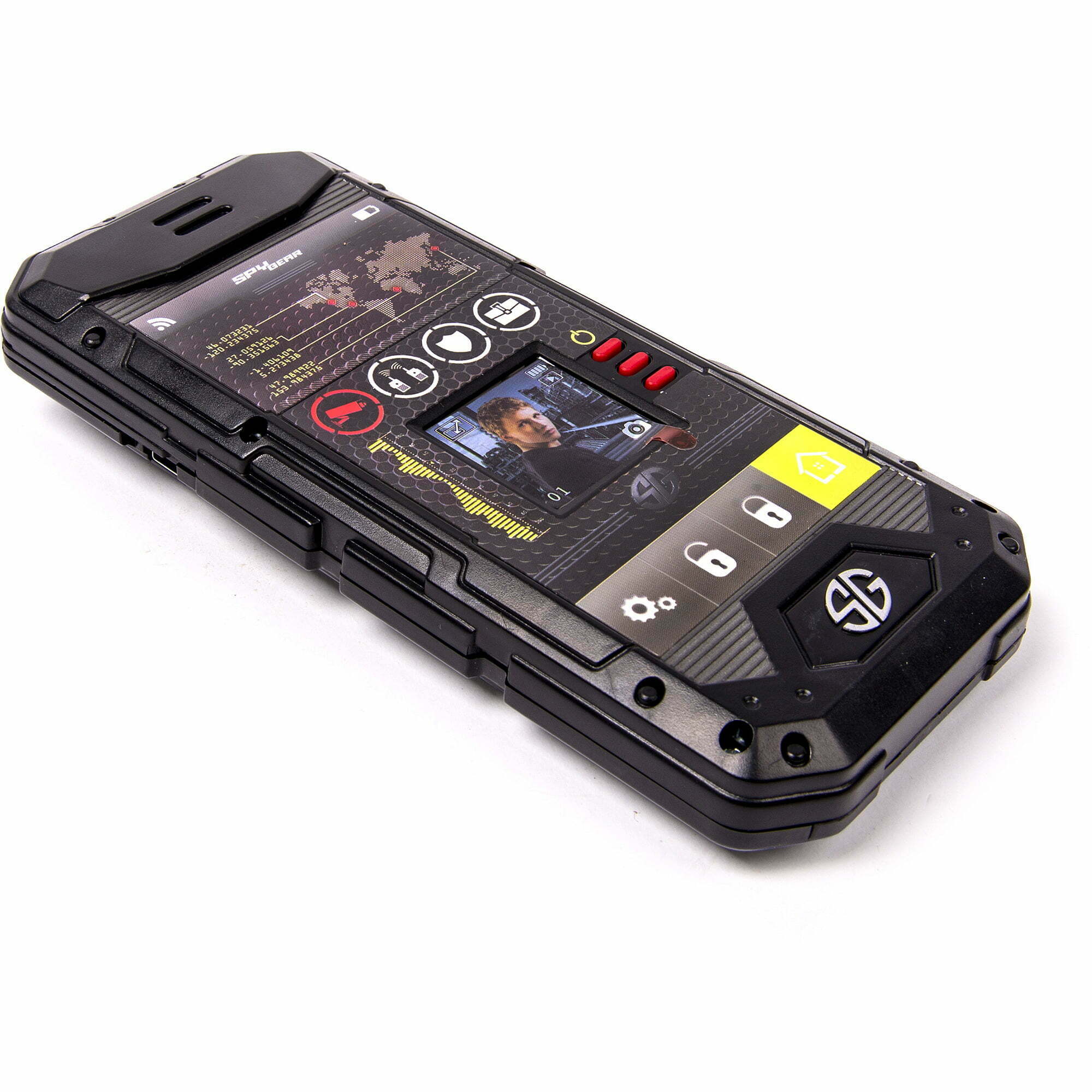 Perhaps, it is ironic that the technology that helps you stay connected to the world can also provide any individual with unwarranted access to your life.

From wireless cameras to voice modifiers, various spy devices vary in size, price, and function. Read on to see the latest and greatest espionage gadgets.

If you watch any spy movie like the Bond series or the Bourne Supremacy, you must have noticed that no matter what the tight spot or situation is, a spy has a way in and a way out. He always escapes with his skin intact. And that is because of his tools. Gadgets, tools, devices, gizmos… whatever they are called, make the difference between a successful mission and a disaster. We may not need the most silent gun or the fastest bullet-proof car for the sleeping spy within us, but a secret spy camera up our sleeve wouldn’t hurt. Who said playing spy is for kids?

I spy with my little eye… Now you can have eyes and ears everywhere with these latest video stealth gadgets.
Video Surveillance Clock ($160)

Beneath the simple clock exterior lies a motion-activated video camera. It can pick up sound up to 3 meters and record video up to 8 meters. It takes photographs and stores data on a 4GB SD card (sold separately), so the content can be viewed on a computer. Up to 1½ hours of video recording can be done from a 3-hour charge.

It sits innocently in your pocket or on your desk, but all the while, this spy pen quietly records up to 2 hours of images at a 1600 x 1200 pixel resolution. The stylish, executive design allows for an easy USB connection to your computer.

Here’s one accessory that makes a perfect hidden camera place. The cap has a built-in CMOS camera and a small remote, so you can easily control the camera from your pocket. 4 GB storage space, a microphone, and a motion sensor add to its appeal.

Why do all spies wear shades? To secretly record everything, of course! This gadget is a sleek and stylish pair of sunglasses, with a 1.3-megapixel color camera and video recorder. It has a built-in memory of 4GB and can record for 5 hours continuously.

This is not a toy. It’s a little mobile eye on wheels that allows you to see everything around you while you remain hidden. Using the remote control, drive the mini-car into different rooms to see and hear what’s going on. You can even use a memory card and upload color videos to your computer. It has an antenna, microphone, adjustable video lens, and speaker, along with in-built apps, like a path mapper, for greater functionality.

Magnify small details and capture them in a picture or video format with this nifty pocket-sized microscope-cum-recorder. Thanks to the built-in LED bank; you can zoom in and out of images in light and dark surroundings. This device has a memory of 16 GB.

The ultimate device in covert intelligence capture technology is a camera hidden in your clothes! This camera device is embedded in a simple tie. You can operate the camera by remote control and record video in VGA resolution undetected. It stores up to 2 GB of video recordings and can be easily connected to a computer using its built-in USB port.

Sometimes, video is not as important as crystal clear sound. Here are some of the top sound-related spy equipment to monitor conversations, live and on the phone.

A sensitive sound recorder, sneakily disguised as a USB flash drive. It can capture audio within a 5-meter radius and has a 2GB internal memory that stores up to 4.5 hours of recording. Please turn it on or off with the help of a tiny switch on the recorder’s side that looks like a flash drive lock.
SleuthGear Digital Recorder ($140) 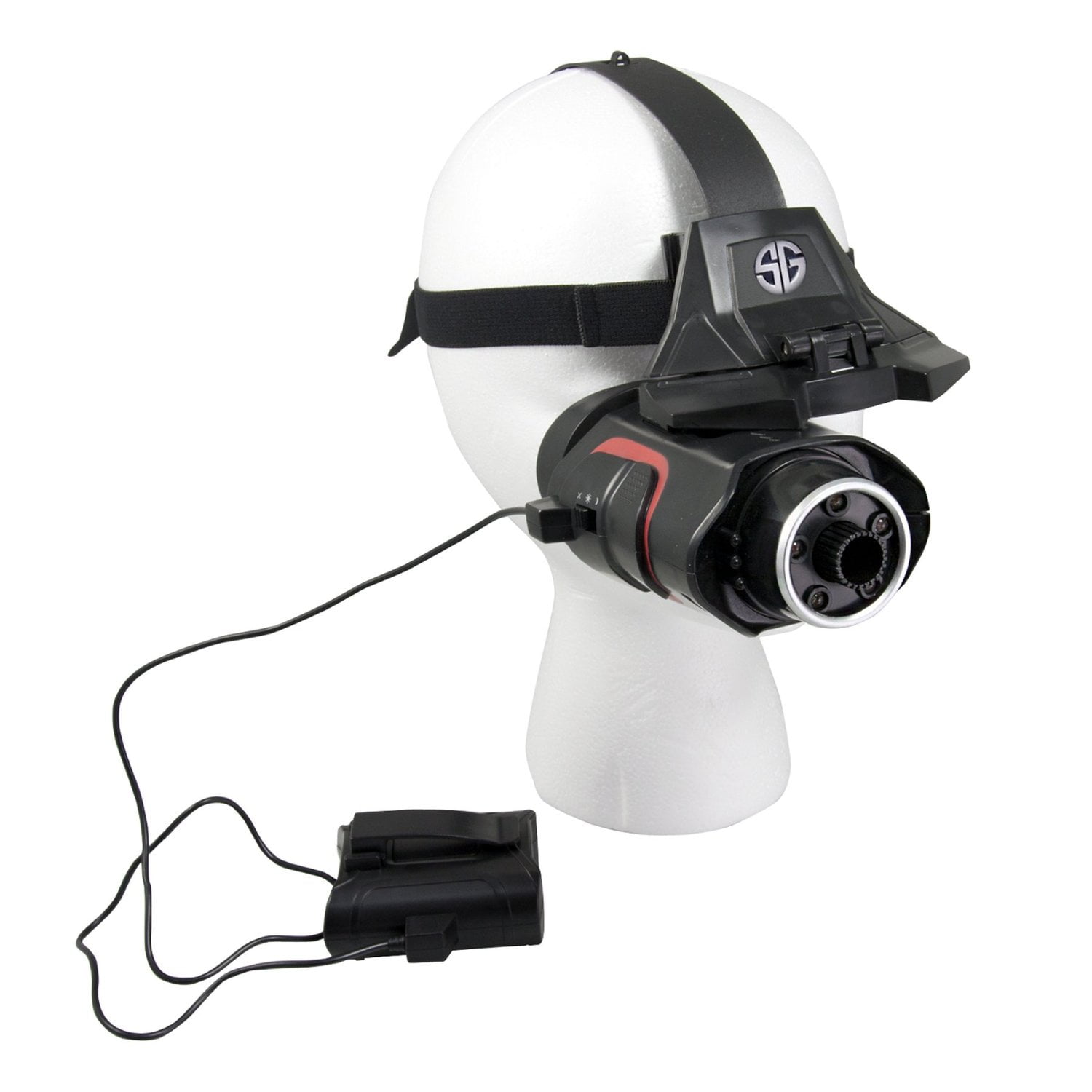 This voice recorder is slim and flat enough for a low profile, with amazing audio recording capacity. Record up to 65 hours of audio on a 1 GB memory. Its memory slot is expandable with a 4GB SD card (sold separately), so you can record an additional 260 hours of audio and play the audio in either WAV or MP3 format.

Listen to conversations over 300 feet away! With the Orbitor, you can listen to distant and weak sounds and even capture snippets.

Preserve your secret identity with this voice changing device for your phone. The modified sound quality is excellent, and you can increase or decrease your voice pitch as desired. Just plug into the handset and base of any phone to use.

It looks like a mobile phone accessory, but this device is a hands-free voice changer, with 4 voice change options and impressive 30-hour battery life.
Miscellaneous Spy Stuff for Adults

Spies, like the boy scouts, are prepared for anything and everything. From erasing your tracks to mini-weapons, these are some cool spy tools.

A small but powerful weapon, the UZI pen is made of aluminum with a sharpened crown to jab or poke an attacker. Best of all, it takes a quick DNA sample of your attacker in the crown—must-have tactical equipment for adults.

Leaving a paper trail is the best way to get caught. So for maximum protection, leave no paper behind with this hand-operated mini shredder. The shredder has cuts and perforations of steel. Its small size and lightweight make it an ideal spy companion.

The secret to a good spy is to make sure no one is watching you. Detect wired and wireless hidden cameras, even if they are off, with this nifty detector. Small and easily kept away makes it one key spy device.

Monitor your target through night and day. The goggles use actual infra-red night vision technology to give you a cat-like vision in the dark.

The trackstick makes sure you know the exact path and location where your target has been traveling to. It provides quick and comprehensive travel reports. Please place it in your target’s vehicle and get it back later, then use Google Earth to check where he/she has been. A minimal design and belt clip make it ideal for covert use. 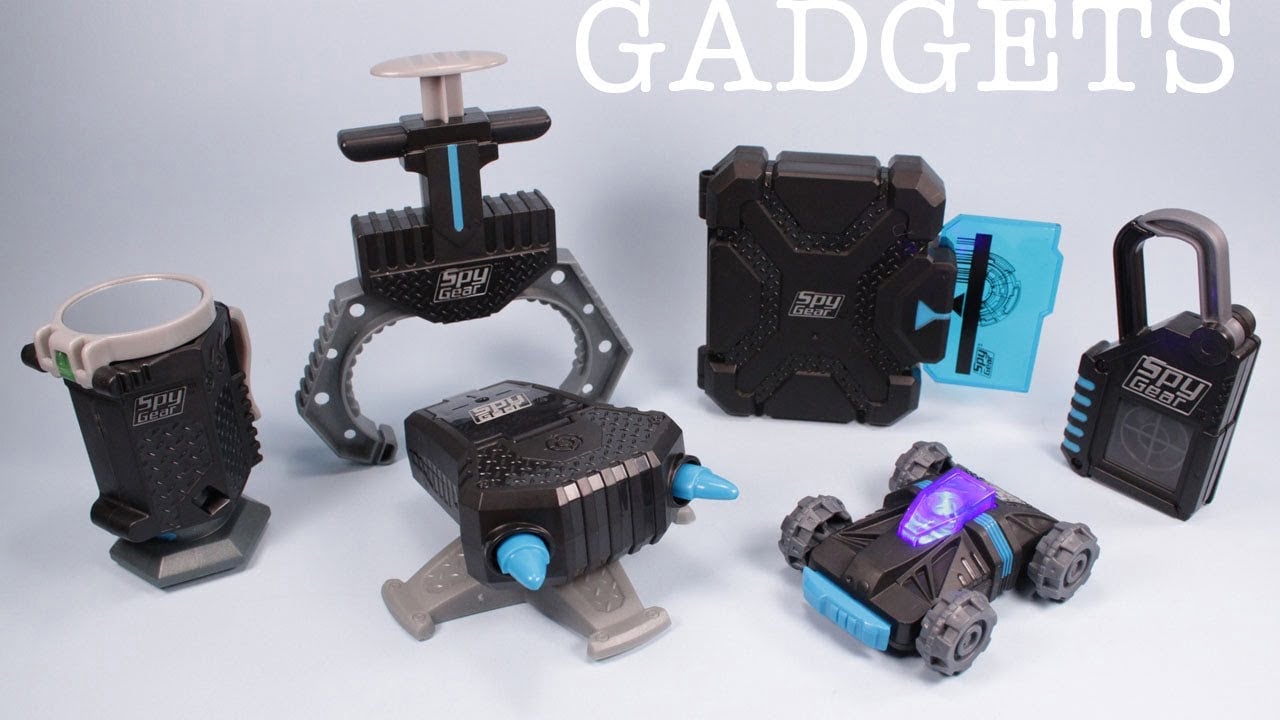 For a small and thin source of light in the dark, dinghy places, this light bulb fits in your wallet. Just flip the light up and down for use. Batteries included.

Whenever you type anything into your computer, those keystrokes are recordable, and here’s the device that allows you to record, store and view keystrokes later. With this gadget, you will know what your target does on his/her PC.

Most tasers and stun guns are heavyweight obvious weapons. But for a more ladylike approach, here’s a 3-inch lipstick device with a built-in taser and flashlight. Shock and awe away!

The ultimate device in espionage is an invisible ink pen. Jot down codes or passwords at ease since the ink fades in a couple of minutes. Even if the note falls into the wrong hands, the ink leaves no trace on the note of what was written.

Along with handy devices and stealth tactics, part of being a successful spy keeps your own stuff safe. This means hiding things in plain sight, which can be easily done with this nifty wall safe. On the outside, it looks like a simple power switch. But pull it towards you to expose a small but roomy hidden cubbyhole. You can easily install it in your house.

What You Ought to Do After Your Engagement