Have a passion for gaming but can’t decide whether to invest in a game console or a computer? This Buzzle article puts the two against each other and gives you the lowdown on the console vs. PC gaming war. 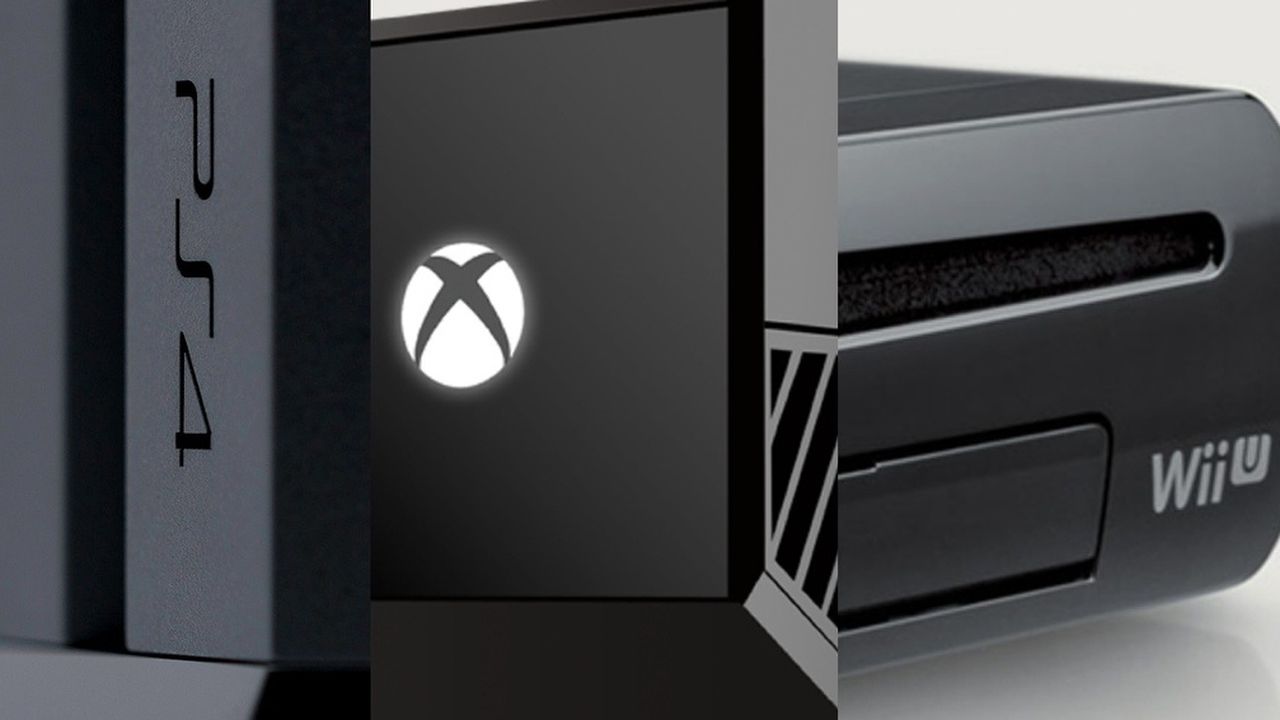 According to a popular market research site, Consoles, SuperData, by the end of 2013, PCs accounted for 51%, while consoles made up 30% of the gaming market.

Gamers worldwide swear by the gaming experience on game consoles. Another section believes that PCs are the undisputed champions of the gaming platforms. As the two factions battle it out, here’s taking a look at the strengths and weaknesses of these worthy opponents so that you can decide for yourself which is better.

Major game consoles are released about once a decade, so it goes unsaid that the hardware onboard these devices need to be future-proof. No wonder then that the specs of most game consoles seem to resemble that of some alien supercomputer. More often than not, the hardware on these consoles seems like overkill. Having said that, though, there is no such thing as ‘too much power’ in the gaming industry. Your options, however, are limited as there are only a handful of major players in this industry. Besides, apart from the hard drive, regular users don’t have the option to upgrade the hardware onboard.

With computers, there seems to be a newer version hitting the markets every other week. PCs are available in varying configurations, right from the beastly supercomputers to the fundamental ones. The hardware onboard the more capable computers is comparable to that on game consoles and even beats them in certain areas. Perhaps, the biggest factor with computers is their flexibility in choosing the internal components and the option to upgrade them as and when desired. 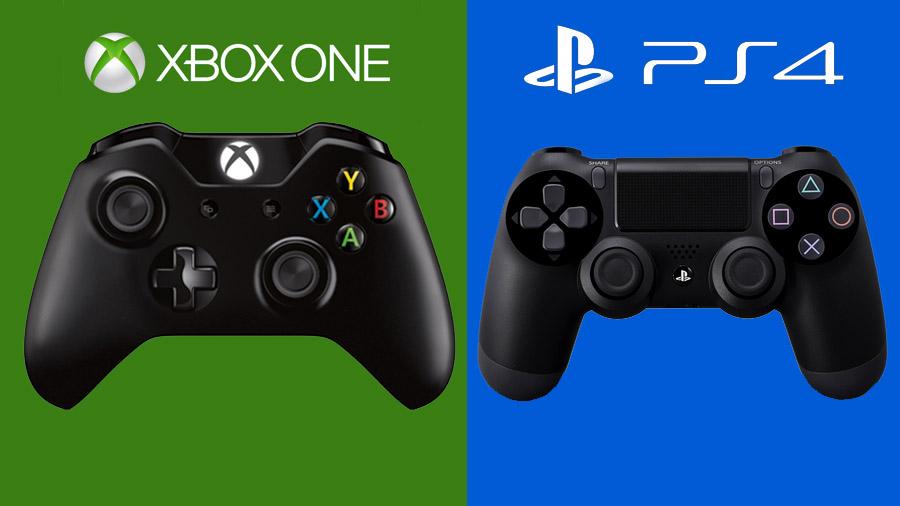 Game consoles usually come preassembled, and all you need to do is plug in the components together, power on the unit, set up your account, pop in your favorite game, and you’re good to go. You might need an Internet connection for the initial setup and to download the latest firmware. You would also need to install some game files onto your console.

Computers, too, come ready to use these days, and all you need to do is power it on, install your favorite game, and get cracking! While the operating system itself comes preinstalled, unless you opt to set one up yourself (in which case you will need to install the OS yourself), you would either need to download or pop in the CD/DVD of your game, install the game files before you get started. 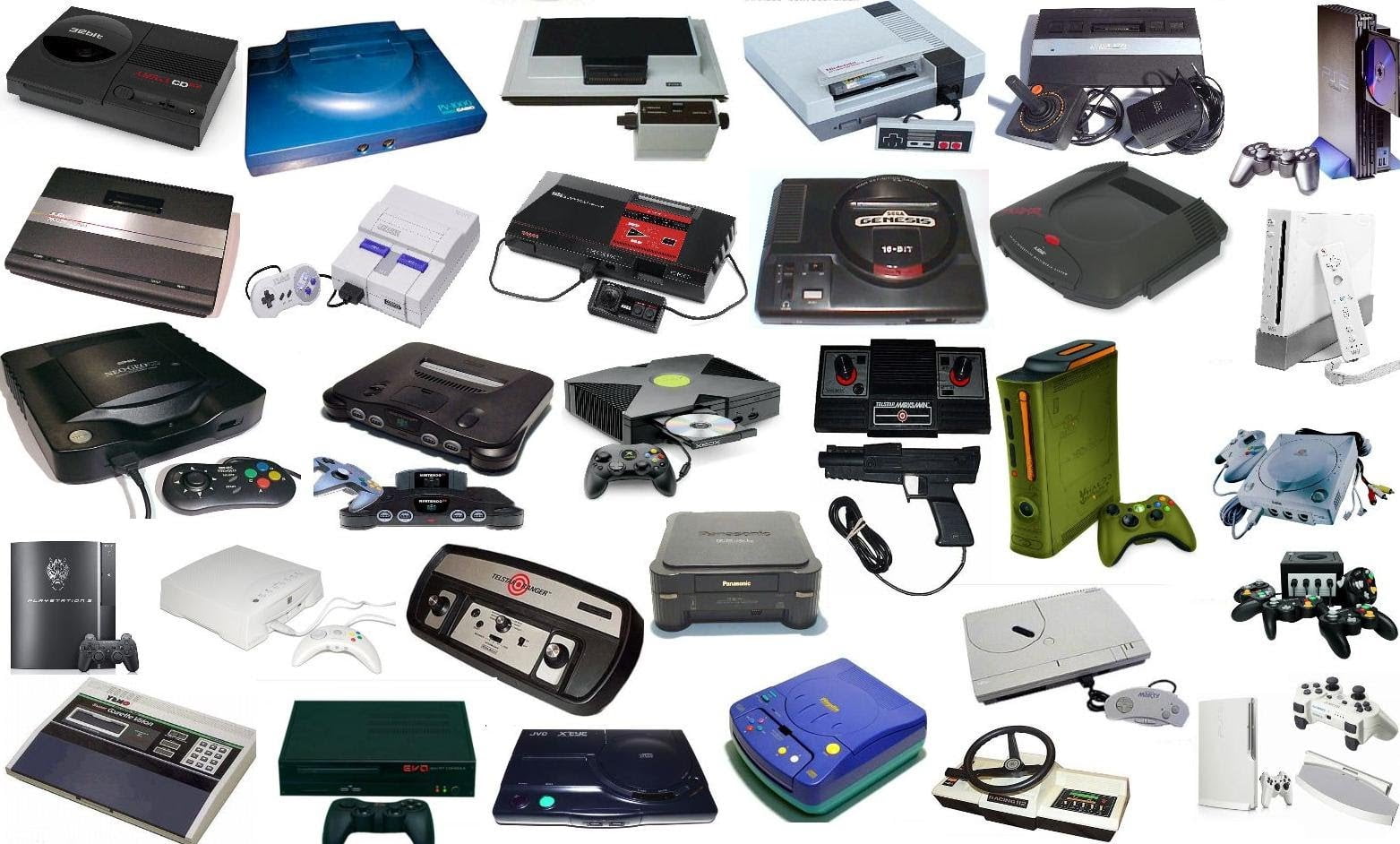 Game consoles have their own controller that comes bundled along. These usually are specifically designed and are perfect for gaming. Their controls are fairly simple yet extremely intuitive. The downside is that they aren’t the most comfortable when navigating through the game’s interface or surfing the Internet on the console. Like the Microsoft Xbox One and the Sony PlayStation 4, certain consoles offer additional motion-controlled sensors, which make the gaming experience even better.

Computers do not come with a dedicated gaming controller. However, the markets are flooded with game controllers for PCs. In fact, the controllers of some game consoles work seamlessly with computers. An added advantage of having a computer is that you can plug in some controllers like gaming steering wheels, an option not available for game consoles.

Being dedicated gaming platforms, game consoles have a plethora of game titles on offer. Some of the exclusive titles offer a gaming experience like none other. Console games run with no hiccups on compatible systems, as they are developed specifically for that particular console. The dedicated online game servers of major consoles (PlayStation Network, Xbox Live) are the main USPs of their respective brands.

Most game studios release games for all major platforms, including PCs. However, computers miss out on the exclusive games for consoles, most of which are extremely popular and engaging. As computers are available in various configurations, some PC games may not work on regular computers.
Versatility

Most next-gen consoles can easily replace your home’s multimedia center. They let you surf the Internet, make video calls, play HD movies, listen to music, and even have TV-streaming. Having said that, we would like to mention that as great as these sound, these are add-on features with limited functionality. Although consoles have on-screen keyboards, they are way too cumbersome to use.

There is no beating the humble personal computer when it comes to versatility. Computers are perfect for surfing the web, computing data, and making for fantastic entertainment systems. Additional accessories can help transform your computer into a TV, or you could install software and enjoy loads of online TV content. The computer’s keyboard makes inputting information an absolute breeze. 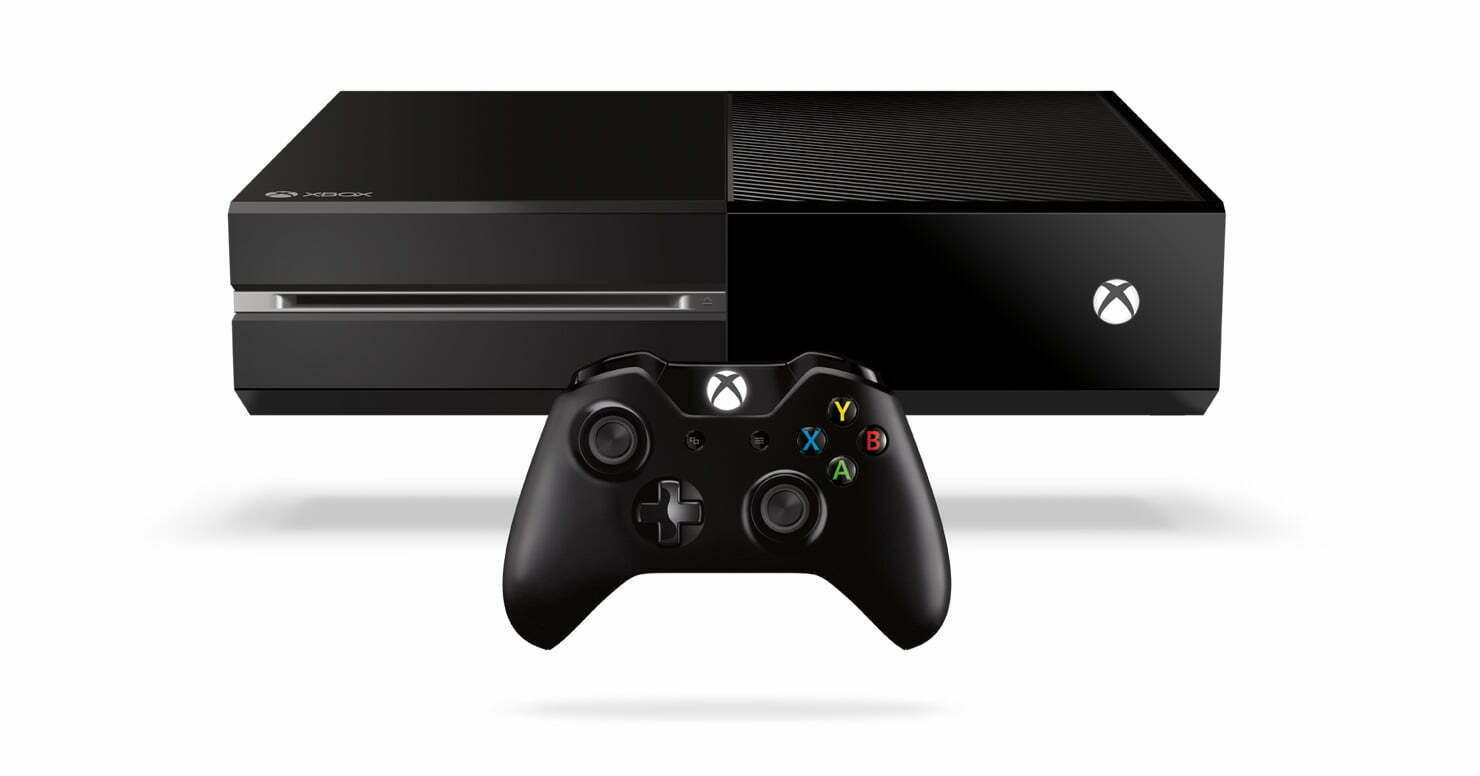 Perhaps, the biggest discerning factor between these two platforms is the price. You can get a good gaming computer for a fraction of the cost of the next-gen consoles in the market. Nothing quite matches up to the gaming experience on a game console if you are a hardcore gamer. For most gamers, though, a gaming computer should suit them perfectly. The battle of game consoles and PCs rages on as neither can truly replace the other. At the end of the day, it all boils down to personal choice. So, take a pick and set sail for gaming paradise. Cheers.

With every new game launch, threads of Reddit becomes violent. The reason being, that game is available exclusively on Xbox, or the studio is going to launch a PC version of the same game next year. And there we have the repeated fight over Consoles (Xbox and PlayStation) are better than PC gaming. That triggers hardcore gamers who prefer their good old trusted PC to feed their gaming appetite. However, nobody has been hurt in this fight to keep our future peaceful; let us settle this war of “Which is better?” Once and for all.

We will judge both PC and consoles (like Xbox and PlayStation) on numerous grounds and asses minute details of both the platforms. When the first PlayStation was launched, people described it as the future of the gaming industry, and now, with the revving popularity of consoles for gaming has proved it right. Traditional PC gamers would disagree with this but let us leave that aside for a minute and focus on the following 5 Reasons Why Xbox And PlayStation Are Better Than PC Gaming.

No doubt a PC can do everything that a console does; it can perform functions that consoles are incapable of. This is the foremost reason why we needed Consoles dedicated to gaming in the first place. Playing video games was never supposed to be the primary function of PCs. On the other hand, consoles were designed solely for gaming purposes. For that matter, even popular gaming studios design prototypes of their games using consoles’ technology, and that’s why we see games launched exclusively or on a priority basis for Consoles before making a debut on PC. After all, consoles were designed in the first place to enhance the overall gaming experience. 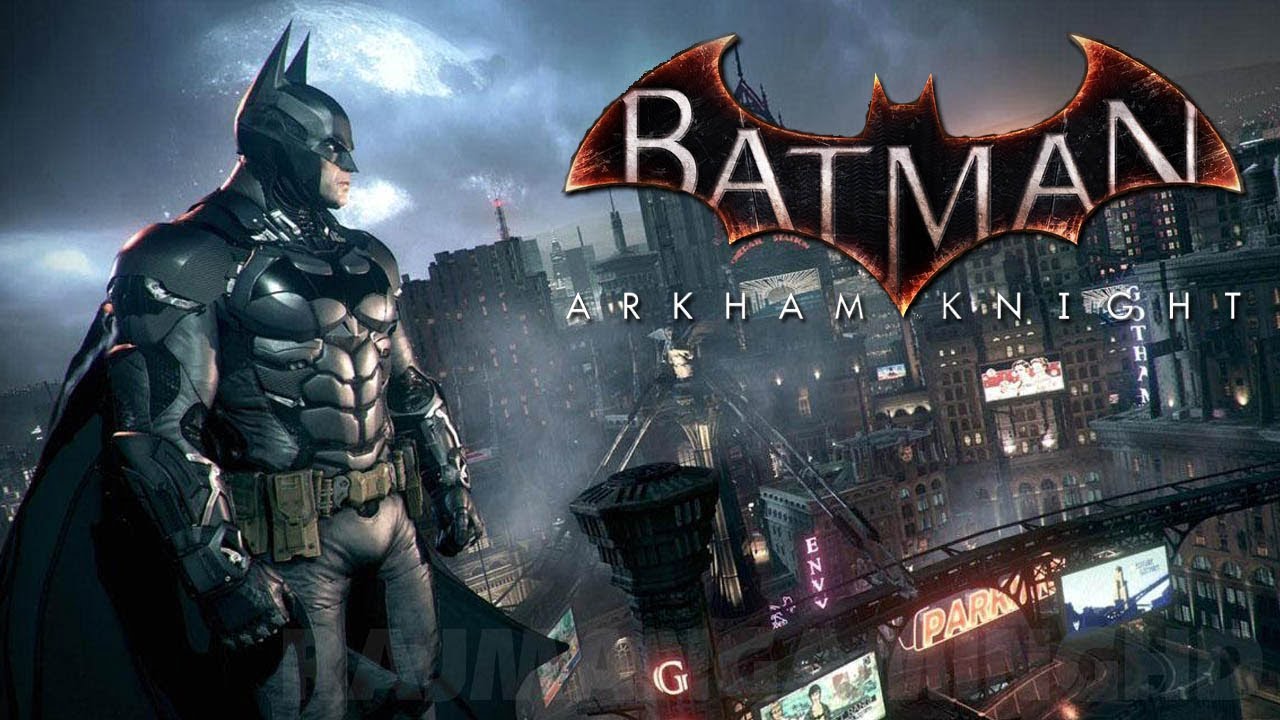 Remember the whole year you had to wait to play GTA V on your PC? That’s how things are in an era dominated by consoles. You have to wait and then wait and then wait again to download a game from Steam or get a playable torrent (which is now illegal, courtesy of our righteous lawmakers). On the other hand, visit your nearest store, get an authentic copy of a just-released game and show the gameplay to your PC fanatic friends. There have been times when highly rated and talked about video game titles are not released for PC and remain in the consoles’ exclusive world.

Bigger is always better, a period in a time when our TV screens are becoming bigger than our hearts, who want to settle down for anything lesser than 36-inches. Everyone who has experienced playing a GTA mission or Skyrim on a 40+ inches TV would certainly start abhorring their PC for being a captive of a small screen. Apart from size, another thing associated with consoles is the comfort you get from your sofa. Xbox and PlayStation are extremely portable. Just plug it into a screen and play from your controller while lying ideally on your sofa and sipping your coffee.

In a time of artificial intelligence encountering an error message on your PC seems like you have entered into the realm of “Gone: The Stone Age Boy.” Crash reports and errors on PC games are still a thing. Modding has enhanced the gaming experience by many folds, but fiddling with the original setup invites many unwanted bugs in your overall gaming experience. Modding or installing a DLC affects your computer in several unexpected ways, whereas with console gaming occurrence of such crashes is literally null. So play wisely and choose a console for your future games. 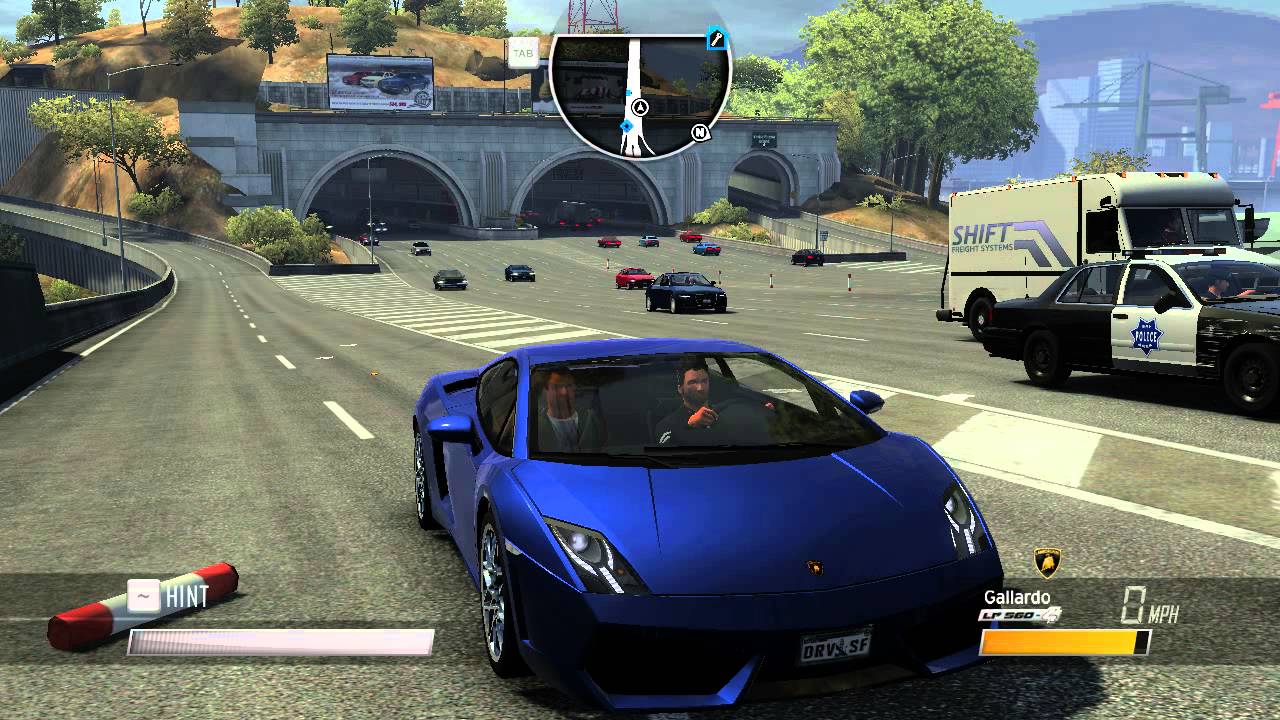 Nobody needs to ever spend a single dime for buying a game on PC, provided you know where to find them (double wink!). But what comes next is an eye-opener. I remember being unable to play several games on my PC because my PC lacked the requirements. Everyone has faced it. Buying a new PC that can run every game has been the eternal dilemma for every gamer. Currently, a PC that can run almost every modern graphic intensive game will cost you around $1500. In a year or two, it will become outdated for contemporary video game titles. Simultaneously, a decent console can be purchased for less than the 50 percent cost of a PC. I agree buying a game on Xbox and PlayStation is a costly affair, but that doesn’t involve piracy and breaking the law as everything is legal on consoles. On the other hand, opening a torrent website alone to download a PC game can land you in jail in many countries.

There is no doubt about the endless utility that a PC can deliver, but a computer fails to match the amount of satisfaction a Console can provide for the same game when it comes to gaming. Advocates of PC gaming claims that a console can never replace a PC when it comes to a first-person shooter Strategy game. Still, one or two cons of consoles can not deny the overall positive and unparalleled gaming experience.